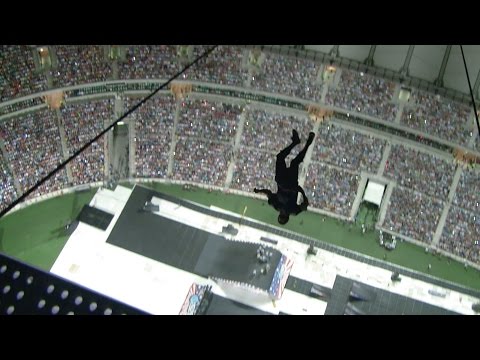 Erik Roner, Travis Pastrana and the Nitro Circus crew catch some insane BASE Jumps and stunts on film. Jumps from helicopter without a parachute and radio tower BASE jump.