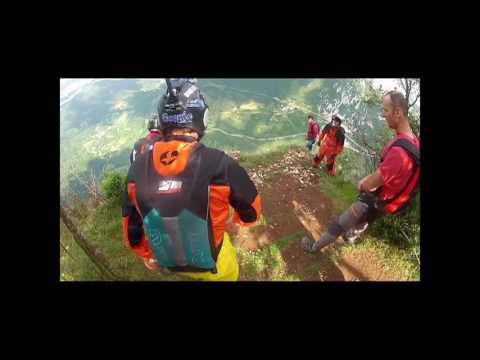 END_OF_DOCUMENT_TOKEN_TO_BE_REPLACED


Follow Venetian Vladimir Spigler as he jumps off anything and everything, with rock fingers poised, in an attempt to do everything air-related – skydiving, BASE, indoor bodyflying, and more. This episode takes us to the Italian Dolomites, the Swiss Alps and a 150m span into a creek.

BASE jumping… it’s all about the journey, not the destination.
And the journey so far has been amazing.

On My Way: Jumping the Heavenly Pit in China, aerials in Thailand, wingsuit flight in the Dolomites & Switzerland…

“BASE jumping is a beautiful sport. It’s a respectful sport; we are respectful of each other and the environment in which we fly. It’s technical and often downright geeky.
And it’s taken me around the world, meeting some of the most inspirational, motivated, brilliant & humble people on the planet.”